The Price of Success

When the first XI of Chelsea and Bayern Munich walked out onto the pitch at the Allianz Arena one Saturday evening last May, it represented the opening skirmish of a battle that would be waged until the following year. The prize on the night was the Champions League trophy, but the most coveted bauble of them all belonged to the team who most successfully played the long game. Now, we know the winner.

Pep Guardiola’s decision to resume his managerial career in the rarified surroundings of Munich represents a significant shot in the arm for the Bundesliga. More importantly, it ought to caution followers of the Premier League against emulating the arrogance of the gilded few who ply their trade at the summit of the English game. Since news of the Spaniard’s appointment was confirmed, there has been an unsavoury reaction from some quarters. Some appear incredulous that the youngest Champions League-winning manager in history should snub Stamford Bridge or the City of Manchester Stadium in favour of the comparative backwater of the German top tier. 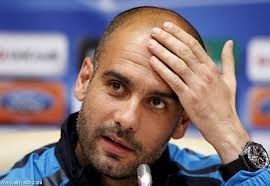 There is, it seems, an unfortunate sense of entitlement among some fans in this country that the recklessness which has ushered in playing stars from the world over ought to guarantee delivery of the most coveted managers also. But if the playing game is a short, fleeting affair, management is a decades-long pursuit. The smartest bosses seek gradual career progression at clubs which share their ethos and, most importantly, value time as a far more important commodity than money.

Evidently, this is not a move Guardiola has taken hastily. For months now, we have been party to a curious hybrid of sports reporting and paparazzi tactics, with the back pages often featuring photographs of a casual, bearded Guardiola strolling around the streets of New York like Hemingway patrolling the Montparnasse Quarter. After the stress of Barcelona, the sojourn in the US afforded him time to weigh up his future, and quite simply, it seems he has favoured the romance of a glittering doyen of European football aristocracy over a hasty, seedy temptress of Russian heritage.

Roman Abramovich, it is understood, was prepared to sanction a salary of £10m to bring the 41-year-old to Chelsea on a long-term contract. Doubtless, he will be well-remunerated in Germany, though his primary concern in choosing Bayern was never with his bank account in mind, but rather an outfit offering parallels to the scene of his greatest successes to date.

Like Barcelona, Bayern has forged an enviable reputation for responsible governance – it is more than 80% owned by ordinary members, supplemented by investment from Adidas and Audi – and can count on a youth development programme to rival any club in Europe. It is the latter which is likely the most appealing factor to Guardiola. Bayern’s academy, based in the anonymous suburbia of Säbener Straße dates back to 1902, and the club is focused on bringing through local talent – it employs 25 scouts in Germany, 15 of which are dedicated to Bavaria, to create a robust, identifiably local spine similar to the famous Catalan production line.

Furthermore, Bayern, winners of Europe’s elite club competition four times, take immense pride in their prudent budgeting. It is now 19 years since the club last failed to record an annual profit, and the company generated more revenue last year from commercial activities than any other side on the continent. Chelsea, on the other hand, remain reliant on the whims of their increasingly impatient oligarch, who will no doubt be left fuming by his failure to install a ninth manager in the space of a decade.

“In Britain, we remain obsessed with broadcasting revenues, somehow convinced that just because the English game secures a hefty slice of Rupert Murdoch’s fortune, it is somehow the best in the world”

In the context of their environs, meanwhile, Bayern are members of a league with the highest crowds yet lowest ticket prices in all of Europe. But we hear very little of these facts in Britain. Instead, we remain obsessed with broadcasting revenues, somehow convinced that just because the English game secures a hefty slice of Rupert Murdoch’s fortune, it is somehow the best in the world.

Granted, not everyone is in thrall to Bayern’s model. The club are disparagingly referred to as FC Hollywood by some Germans on account of their propensity for cherry picking established star names from rivals. Given the absence of graver crimes, however, it represents the only ammunition available to the club’s detractors. In any case, theirs is the Hollywood of Clark Gable, Joan Fontaine, and Gary Cooper, whereas Chelsea and Manchester City have more in common with the Tinseltown of Jerry Bruckheimer, Don Simpson, and McG.

In time, the mercurial Guardiola will sample both worlds. He will come to these shores one day to ply his trade, but in the meantime, it will be fascinating to watch him do battle with the rest of Europe during his tenure with Bayern. He may struggle to match the wages being offered by the Premier League’s nouveau riche, but he is one of the few modern managers to appreciate the difference between price and value.