Fair Isle: Living on the Edge

Over the course of two years, I worked with the factual department at BBC Scotland on Fair Isle: Living on the Edge, an observational documentary series I devised and developed about life on Fair Isle, the most remote inhabited island in Britain.

Filmed over the course of a year, the unique, access-led series followed the small community as it attempted to arrest its plummeting population and safeguard its future. The series was broadcast in November and December 2016, with the first episode attracting an average audience of 423,000 (22% share), and the concluding episode 488,000 viewers (25.3% share).

The series was produced and directed by Louise Lockwood, who won the Best Director and Best Camera awards at the Royal Television Society Scotland awards in 2017 for her work on Fair Isle. The series was also nominated for Best Specialist Factual documentary.

Louise went on to win the Best Director: Factual award at the BAFTA Scotland awards the same year. The series was also nominated for Best Factual Series.

Ahead of transmission, I wrote a column for The Scotsman about my family’s links with the island, and how the series came about.

Fair Isle is the most remote inhabited island in Britain. Picture: Louise Lockwood

In June 2018, I ran an investigative package for Scotland on Sunday revealing the thwarted attempts by Donald Trump, the US president, to establish his inaugural international hotel venture. Mr Trump tried – and failed – to borrow £38m from the Bank of Scotland to establish a “landmark” luxury hotel at St Andrews, the home of golf. The investigation, which you can read here, was complemented by a video report, presented by me and produced by Tony McGuire, The Scotsman‘s video editor.

The Cradle of Football 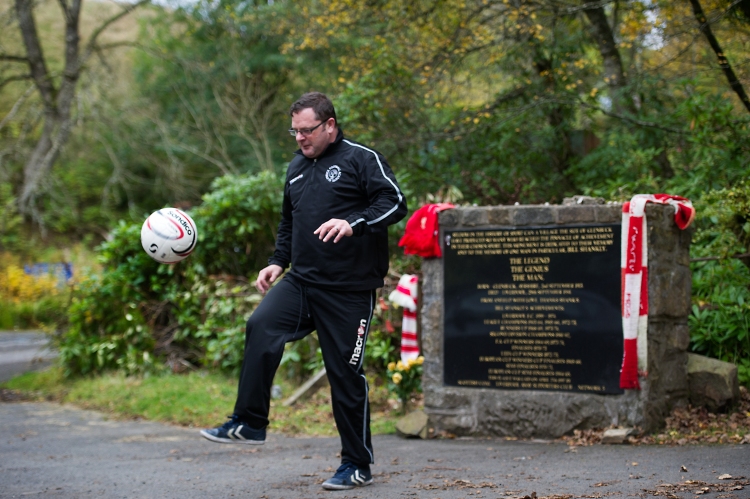 In February 2016, I developed and presented The Cradle of Football, a half hour-long documentary for BBC Radio Scotland about plans to revive the remarkable footballing heritage in the long lost Ayrshire village of Glenbuck, the birthplace of Bill Shankly, the manager of Liverpool FC.

Shankly was one of at least 53 professional footballers to emerge from the isolated mining community, a roll call that includes six Scotland internationals and four FA Cup winners. Nowadays, Glenbuck is a quirk on maps of Scotland. It has been depopulated for nearly half a century. Only the dwindling band of people who grew up there can retrace its past, let alone give voice to its prodigious sporting pedigree.

Recorded in Ayrshire and Liverpool and featuring interviews with Bill Shankly’s family, the documentary follows Robert Gillan, a youth football coach, as he attempts to restore the pitch of the village team, the Glenbuck Cherrypickers, 85 years after their last game. It also explores how his plans tie in a wider regeneration project to turn the village site into Scotland’s first carboniferous research park thanks to the unique geological features uncovered by opencast mining.

In advance of the broadcast, both the BBC and The Scotsman ran stories about this new chapter in Glenbuck’s story. The documentary was produced by Mona McAlinden at BBC Scotland.

You can listen to it here on the BBC’s website, with an introduction by broadcaster, Stuart Cosgrove, or via the embedded recording below.

Idi Amin, or to give him his full, self-bestowed title, His Excellency, President for Life, Field Marshal Al Hadji Doctor Idi Amin Dada, VC, DSO, MC, Lord of All the Beasts of the Earth and Fishes of the Seas and Conqueror of the British Empire in Africa in General and Uganda in Particular.

In July 2016, I developed and reported the untold story of Robert Wyper, the Scots diplomat who became an unlikely bulwark in Britain’s increasingly strained relations with Idi Amin’s Uganda. The half hour-long feature for BBC Radio Scotland took as its starting point the dictator’s order to to murder of a British grandmother following the Entebbe raid. It was a course of action proved the final straw for an exasperated Callaghan government; in July 1976, Britain severed diplomatic ties with the country, the first time it had ever done so with a Commonwealth nation.

As second secretary in the British High Commission, it was Wyper who dealt face to face with Amin. Forty years after the diplomatic break, he recalls how Amin called him the “most dangerous man in Uganda” and introduced him to his ‘men in black’ – the notorious death squads who claimed the lives of an estimated 300,000 Ugandans.

The feature, based on my exclusive story for Scotland on Sunday, included an extended interview with Wyper and a discussion on Uganda with journalist Marianne Taylor and cultural historian Murray Pittock. It was produced by Chris Diamond at BBC Scotland.  You can listen to it below.

In April 2016, I recorded a Reporter’s Notebook entry for BBC Radio Scotland’s Good Morning Scotland programme, reflecting on the verdict of the Hillsborough inquests and The Sun’s coverage of the disaster. You can listen to it below.